The two most common uses of Fibonacci numbers in the financial markets used with retracements and extensions, Fibonacci retracements measure how far a pullback could go. Fibonacci extensions measure how far an impulse wave could go. It may be worth sharing some history of who invented the Fibonacci numbers, he was an Italian mathematician from the Republic of Pisa who was considered to be the most talented Western mathematician of the Middle Ages and his real name is Leonardo Pisano Bigollo who was born in 1170 AD. The name he is commonly called is Fibonacci which was made up in 1838 by the Franco-Italian historian nearly 600 years after his death. 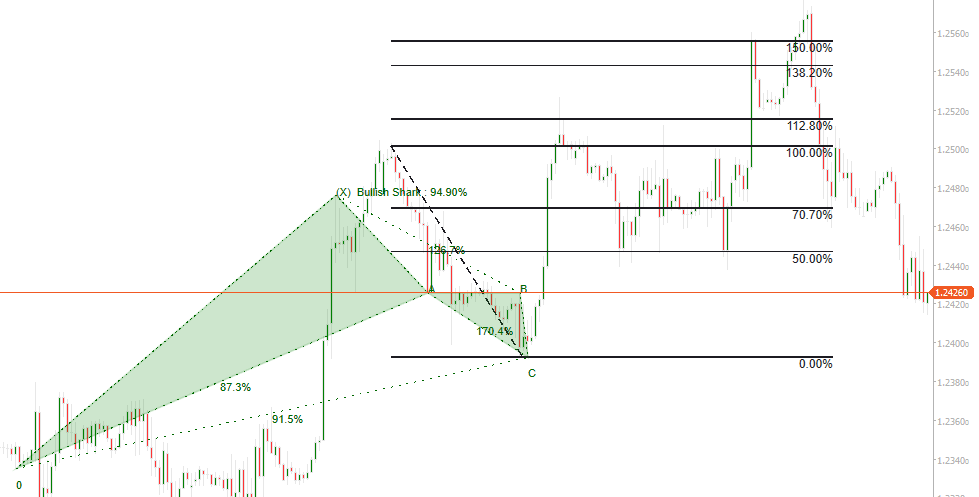 The image above shows the cTrader Harmonic Pattern Recognition Software used with the Fibonacci Retracement Tool for the perfect trade setup, you can see the price retracement from 0.00% to 100%